People in urban areas are often relatively wealthy compared to the rest of the country. National wealth quintiles are a way to evenly divide the national population into categories of wealth; however, if your beneficiaries are all in urban areas, they are likely to be among the wealthiest in the nation. Looking at their relative wealth in comparison to other urban dwellers may provide more insight.

To understand more about how urban dwellers appear wealthier, we have used data from the 2014 Kenya DHS survey. The national population is evenly distributed into 5 quintiles of wealth. This is expected because the population is the basis for the wealth index, against which other smaller groups of respondents are compared. If we narrow our focus to only those living in urban areas, we find that approximately 75% of urban dwellers are in the top two national wealth quintiles. 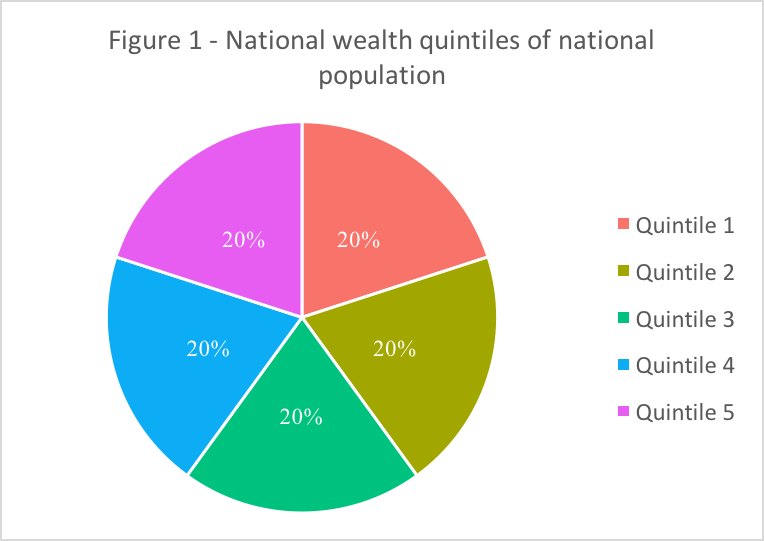 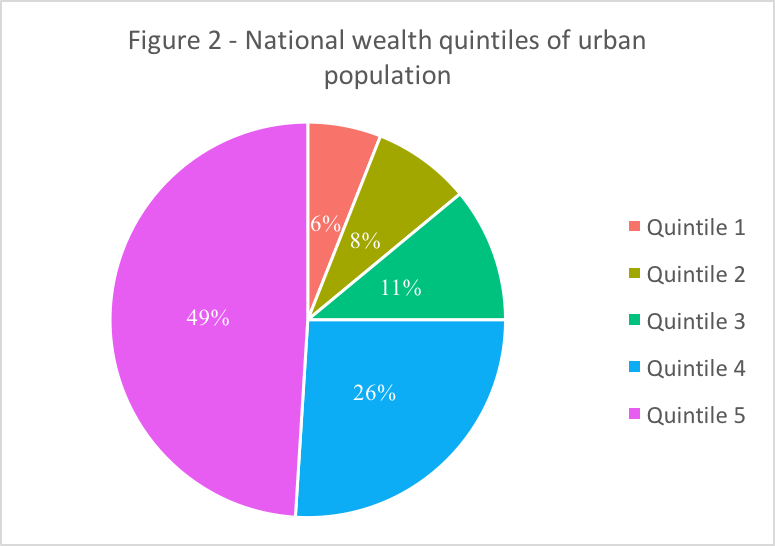 If you were to conduct a survey in an urban area in Kenya (or any country), it would not be surprising to find that the respondents were predominantly in the wealthiest quintiles. The EquityTool also divides urban residents into 5 quintiles (see figure 3), and allows you to compare your respondents to urban quintiles. 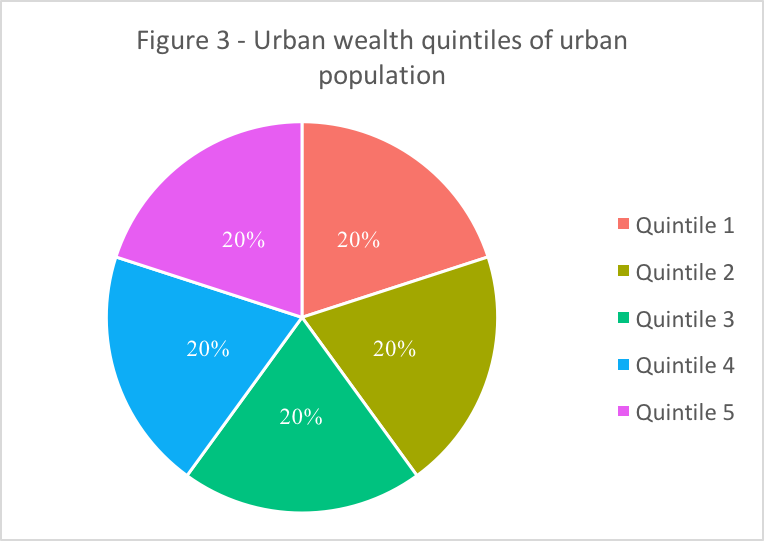 If you are conducting a survey in an urban area, it may be useful to see how your respondents compare to urban people specifically, if—for example—your service is only in urban areas, and is focused on the poor.

A program that provides services in one of the poorest neighborhoods in a large urban center wishes to assess the wealth of its beneficiaries relative to the rest of the population. They use the EquityTool to administer a survey in their service area, and generate the results below. 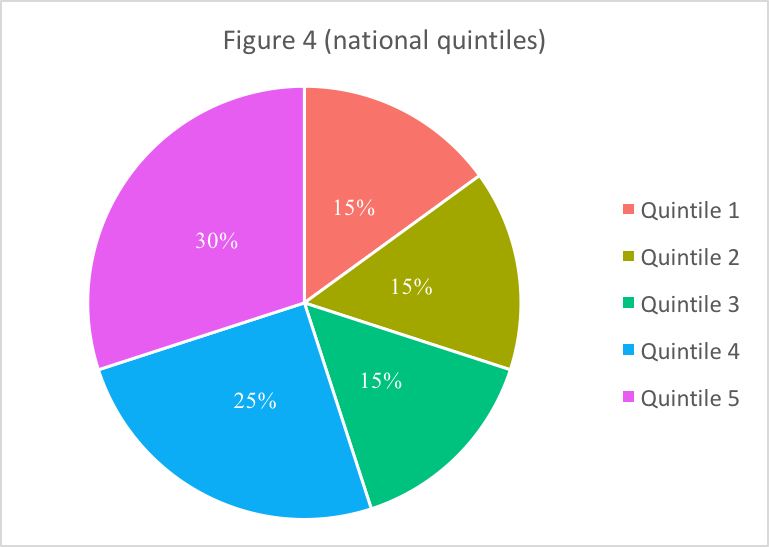 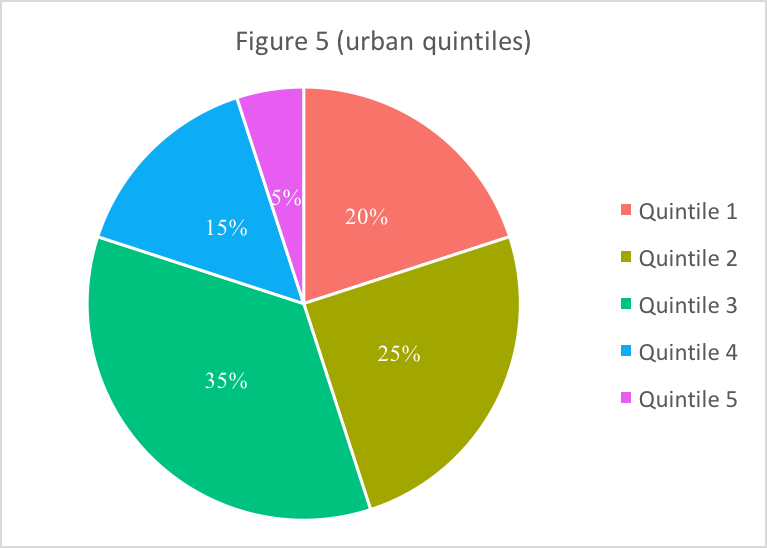 Figure 4 indicates that the people surveyed are quite wealthy compared to the national population. This result may be surprising to the program managers who wish to reach those who are the most poor in their service area; however, it is plausible considering the urban context of the survey. This graph illustrates how urban dwellers may appear to be more rich when relative wealth is measured using national wealth quintiles.

Figure 5 shows how those same respondents compare to the rest of the urban population. We can see that the respondents are in fact quite poor compared to other urban dwellers. To program managers, this means that while they are not necessarily reaching the national poor, many of their beneficiaries are among the urban poor.

To get urban quintile results in the web-based EquityTool app, simply select the option ‘This is an urban-focused project’ when creating your survey.